There Are Other Possibilities 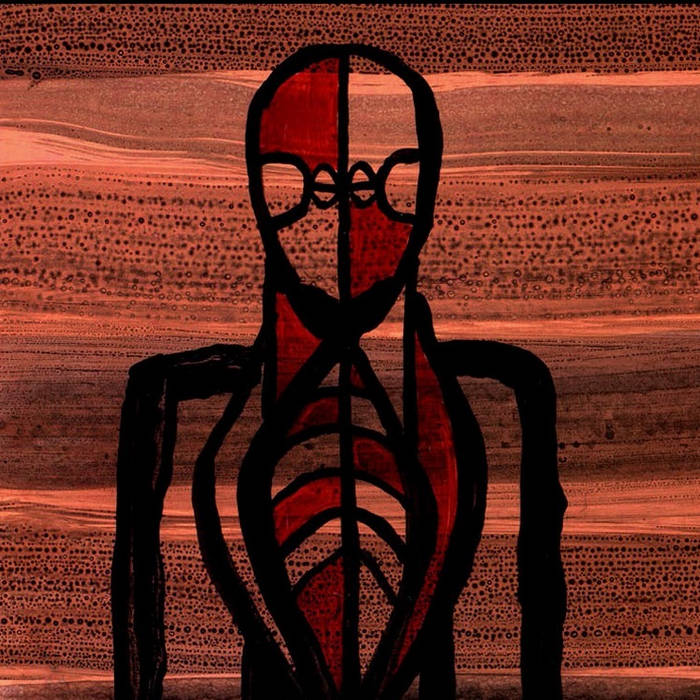 End of the Alphabet's first full album release - the legendary Antony Milton. Antony has been releasing beautiful and mysterious music since the early 1990s and is an essential figure in the New Zealand experimental scene. "There Are Other Possibilities" is a gorgeously rich work of psych-noise that shows that Antony is at the top of his game.

Derek Walmsley in The Wire: "Antony Milton's 'There Are Other Possibilities' continues the New Zealander's hermetic explorations of dense guitar and vocal environments."

The Quietus: "New Zealander Antony Milton's been around since the early 90s, and with a catalogue that includes memorable jams with noise travellers Anla Courtis and Birchville Cat Motel, you can get some idea of what to expect - even if it's something totally unexpected (and incredibly good). Opener, 'Fallen Heart' sees the man on exceptionally pretty form, issuing high-pitched distant vocals over mid-tempo beats and washes of all-encompassing keyboard noise, like a meeting of Keiji Haino and Jefre Cantu-Ledesma. 'River Of Stars' twists beauty into lurching darkness via gnarled guitar plucks that seem to evaporate into a dense fog, lingering in tension. Other tracks like 'Battery Pack' and 'Flower Show' play out as noise-cum-pop miniatures, the former even climaxing with shortcircuiting R&B claps, dualling with Milton's squealing synth noises. The thirteen minute title track closes proceedings with a gradually unfolding wash of cataclysmic and colourful noise, blending all that's come before into a towering monolith of trippy fuzz. It's the most cathartic kind of noise possible - as wholesome and sunny as it is impenetrable, wigged out, and grizzly. Believe the label when they say, "Antony is at the top of his game.""

Volcanic Tongue: "Stunning edition of only 50 copies full-length album from central New Zealand underground player Antony Milton: this is a beauty, with Milton playing weird, almost Silver Apples/Sunroof-styled two/three chord electro thug over which he layers great rusty stratas of circling drone tone and micro-euphorics, building the kinda precariously beautiful structures of a Grouper or even a Nijiumu. Elsewhere the guitar is set to meltdown, with the kind of free-floating eternal space blues of an Ohkami No Jikan or a heavy tonefloat Fushitsusha session, with each note floating like a feather into the void. Totally fantastic, very highly recommended!"

Sixnoises: "It’s difficult to sum up Antony Milton’s status in the experimental (yes, I use the word very tentatively) music community. Milton is a prolific sound artist, widely respected in New Zealand and around the globe, and he’s been working under various noms de plume since the early 1990s. Milton is also the founder and curator of the fascinating label, Pseudoarcana, and I first encountered his work via his Mrtyu moniker: specifically, Mrtyu’s ten-tonne drone/noise compilation, Blood Tantra (Rituels De Sang Du Culte De Tantra), which was released by highly regarded metal label, 20 Buck Spin.
Milton has generally just ignored any rules or templates in regard to any genre specifics. He’s made music that’s been both hideously grotesque and utterly beautiful. Both brain-battering and wholly transcendental. And both melodious and malodorous. You get the point.
In many ways, it’s fitting that End of the Alphabet Records’ first full album release was Milton’s There Are Other Possibilities. He’s a humble artist who has offered Noel Meek help and advice along the way, and that kind of back-and-forth support is what keeps New Zealand’s underground music communities alive and thriving.
What’s also interesting is that There Are Other Possibilities contains some of Milton’s more immediately accessible work. That’s not to suggest that his explorations of density and space on the album are somehow more lightweight. They’re really not. The album travels over some fairly rugged terrain. And there are plenty of deep ’n’ dark wall-of-noise keyboards and guitars that’ll prove very appealing to fans of heavyweight psychedelic noise and drone metal alike.
However, what you’ll also encounter are moments of pure sunlit ecstasy––albeit still filtered through a dirty window. Songs twist and turn, lurching from gloomy to scintillating, and the 14-minute title track and album closer, “There Are Other Possibilities”, is a magnificent feat worth purchasing the album for alone. It delivers a mammoth wave of all-consuming noise from the great beyond to end the album on. And it’s a colossal coda to a release that is unquestionably one of Milton’s finest yet."

All tracks/instruments/vocals by Antony Milton.